As I mentioned on this week’s PA DMR Check-In, the DMR Contact Manager software by N0GSG has advanced it’s capabilities significantly in the last year.  At some point most of us end up needing to modify a codeplug for another radio, transfer a codeplug from one radio type to another, add or modify Contacts in a radio…. or many other “maintenance” tasks related to your DMR radio configuration.  Contact Manager can be a huge help by saving a lot of keystrokes and frustration.  It does direct downloads from RadioID.net making import of Contacts very simple.  It’s available at http://n0gsg.com/contact-manager/ and is described as follows:

DMR Contact Manager is a custom-designed software package designed for use with Connect Systems CS700/CS701/CS750/CS800/CS801/CS800D radios, as well as the Tytera MD-380/390/390GPS, TYT MD2017/MD9600, AnyTone AT-D868UV and AT-D858, Retevis RT3, and similar radios that use the RDT/RDB file formats. These units are MOTOTRBO-compatible DMR mobile radios suitable for both commercial and amateur radio applications.

Contact Manager makes it easy to maintain channel, zone, contact and call group information in these radios. It is fully compatible with the Ham-Digital and RadioID database systems and allows instant codeplug updates from a wide variety of sources.

The latest Contact Manager release supports channel editing (both individual and mass), importing, and exporting, as well as zone and scan list management for RDT and RDBfiles. It’s now a snap to move channels and zones between codeplugs – – and with Contact Manager’s built-in IntelliPaste functionality, associated contact information is always imported right along with channels whenever it’s needed – – so that your imported channels work right the first time!

Contact Manager also supports direct CSV contact data export to support radios that require a separate CSV file for contacts, such as the MD-9600, MD-2017, MD-UV380, and so forth.

Hey y’all! Just a quick update. The KC3LEE repeater, located in Lake Ariel, PA, is now up and running with the following frequencies:

NOW BRIDGED TO THE NEPA CLUSTER OF REPEATERS ON TS2/TG Local 2.

Range is (So Far) Newfoundland to Damascus. East/west has not been extensively tested. Works just fine at McDonalds in Hamlin. LOL

Full-time Brandmeister Connection, all TGs available 24/7. 3142-PA State and 31425-PA Cross Mode are the two static TG’s, everything else is PTT.

We will be adding 20′ to the antenna in the next week or so, as soon as we can get the bucket truck to the tower. Enjoy… Hope this helps a few of you out there to free yourself from your HotSpot!

We all hear it multiple times every day on nearly every talkgroup:  “[callsign] testing.  Can anyone hear me?  Just need a quick test.”  I’m not writing about stations that are looking for someone to talk to… if you’re doing that then an efficient and accepted thing to say is “Listening on PA statewide, this is [your callsign]”.  It’s best to END with your callsign, not start by saying your call.  Why?  Lots of reasons:  the DMR networked repeaters all take a moment to come up when you Push To Talk and if the first thing out of your mouth is your callsign… it may be cut off.  Also, many of us have scanning enabled across several channels / talkgroups, and if you don’t say what talkgroup you’re on, other stations that are not looking at their radios and hear only your callsign have no idea what talkgroup you are on… .and don’t know how to reply to you.  (And please don’t use “CQ”…. save that for the HF bands and SSB.)  But I digress…
What if you really just want a “quick test”?  There’s a much better way than asking if any stations are around for a quick radio check.  If you really are looking for a contact / QSO…. follow the procedure in the preceding paragraph.  But if what you are looking for is a RELIABLE audio report… and not simply a “Yeah, sounds good” reply from another station… use the Parrot.
Wouldn’t you rather hear your own voice played back to you… and only you… a few seconds after you transmit something like “This is [your callsign] testing.  1, 2, 3, 4…. test.  [Your callsign] test out.”?  The DMR networks and systems have a Contact called “parrot”.  Actually, there are multiple parrots… more on that in a moment.
So what does “parrot” do for you?
By now you’re asking, “So how do I use Parrot?” and “What’s this about more than one Parrot?”
Basically, you make a Private call to one of the “parrots” (described below) by either creating one or more “parrots” in your configuration for each repeater or hotspot in your radio’s codeplug (configuration) – OR – go to Contacts on your radio and Manual Dial with your keypad one of the parrot Contact numbers (e.g. 9990).  Press PTT (Push to Talk), identify and say testing or whatever, then unkey the mic and wait.  You should hear your voice played back to you.  On a repeater you may need to key the Parrot more than once before you hear a reply… some parrots are UA (User Activated) and require a key-up.
Here are the most widely used Parrot Contact numbers and a brief description of each –
TIP:  When you configure a Parrot in your codeplug be sure to set the Contact as “Private” and DO NOT enable “Private Call Acknowledge”.
– Mark KZ3MW
http://www.arrl.org/arrlletter?issue=2018-10-04#toc01
ARRL, FCC Discussing Issue of Uncertified Imported VHF/UHF Transceivers

ARRL has taken a minor exception to the wording of a September 24 FCC Enforcement Advisory pertaining to the importation, marketing, and sale of VHF and UHF transceivers and is in discussion with FCC personnel to resolve the matter. The Enforcement Advisory was in response to the importation into the US of certain radio products that are not FCC certified for use in any radio service, but identified as Amateur Radio equipment.

“While much of this equipment is actually usable on amateur bands, the radios are also capable of operation on non-amateur frequencies allocated to radio services that require the use of equipment that has been FCC certified,” ARRL said. “Such equipment is being marketed principally to the general public via mass e-marketers and not to Amateur Radio licensees.”

ARRL said the upshot is that the general public has been purchasing these radios in large quantities, and they are being used on the air by unlicensed individuals.

“Radio amateurs have complained of increased, unlicensed use of amateur allocations by people who are clearly unlicensed and unfamiliar with Amateur Radio operating protocols,” ARRL said. But while it supports the general tenor and intent of the Enforcement Advisory, ARRL said it disagrees with the FCC on one point.

“In several places, the Enforcement Advisory makes the point that ‘anyone importing, advertising, or selling such noncompliant devices should stop immediately, and anyone owning such devices should not use them,'” ARRL pointed out. “The Advisory broadly prohibits the ‘use’ of such radios, but our view is that there is no such prohibition relative to licensed Amateur Radio use — entirely within amateur allocations — of a radio that may be capable of operation in non-amateur spectrum, as long as it is not actually used to transmit in non-amateur spectrum.

ARRL has had extensive discussions about this issue with FCC Wireless Bureau and Enforcement Bureau staff, and those discussions are ongoing.

“It is important to protect the flexibility of the Amateur Service as essentially an experimental radio service, but it is also very important to stop the unlawful importation and marketing of illegal radios in the United States and the use of those radios by unlicensed persons,” ARRL maintained. “We will keep our members informed as our discussions with FCC on this subject continue.”

Below are the recommended simplex frequencies to be used with DMR in the United States and Canada. In addition to this information, please note the following radio configuration items:

Admit Criteria: For simplex operation please set this to “Always”

In Call Criteria: Please set to “TXI” or “Always” for simplex usage

Welcome to the future of Digital Radio in Pennsylvania!

If you were a member of the old padmr.net website, please click here to login and gain access to all the new content. If not a member yet, please register. you won’t be sorry..

This is the Newly Designed Website for the Pennsylvania DMR Check-In Net. The net is held every Tuesday Night on BM TG 3142 (PA Statewide) at 8PM PA time, 00:00Z. For more info about the check in net, visit the RADIO NET page…

A little bit of history… and what is new…

The Pennsylvania DMR Net started as a weekly DMR check-in Net on Brandmeister Talkgroup 3142 on Tuesday Evenings. This Net was founded by Mark Wheeler, KZ3MW. From it’s humble beginnings with a few check-ins per week it fairly rapidly grew in popularity as more PA Radio Amateurs began to get started with DMR Radio, which at the time was fairly new…

There were many Pennsylvania Hams that already HAD digital radios, be it System Fusion or D*Star, or P25, or NXDN, etc… But they all had their OWN way of grouping together to share their QSO’s…

After being ‘Elmered’ by Mark and Hank (WA2CCN), Lee (KC3LEE) quickly became addicted to all things Digital. He came up with the concept of a website to bring together the Hams that participated in the weekly check in and designed a quickie site, padmr.net, and with the gracious help from Corey (N3FE), one of the Brandmeister Guru’s, who redirected HIS domain (padmr.com) to the dot net address, thus giving people two address options….

The websites were all hosted and designed in WIX, right alongside a couple of other sites managed by KC3LEE, including his own Business Site.

The annual cost for hosting on WIX was quite high, and the extensibility and customization was VERY limited, but convenient at the time. Lee has since decided to get back to his roots as a Systems/Network guy and go back to designing websites the PROFESSIONAL WAY… So, since the world of Digital Ham Radio has expanded so much over the last year, we all came up with the idea of going a step further with the Net and with the Website. Why not bring ALL the Digital Ham Modes together on one site?

This is the result, or at least the start of just that. Lee moved the websites to his own host servers (which he has complete access to and has owned for years) and re-learned how to design from the ground up. In the future, we will be trying to bridge the BM31425 talkgroup to YSF, D*Star and other modes so that ALL the PA Hams can talk to each other and join in the weekly Check in Net, no matter what radio they owned!

the possibilities are endless… 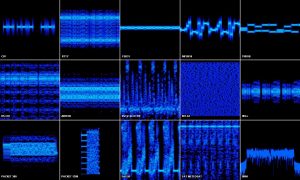 Based on WordPress, the most Versatile and Extensible PHP Content System. New Host Server with full Root Access and control of functionality. Geek Stuff.

Topics about different Radios, Modes, Tech Issues, Codeplugs, just about anything as time goes on.

PADMR.net is a labor of love and ever expanding… Thanks for being a part of it! 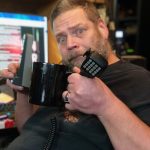